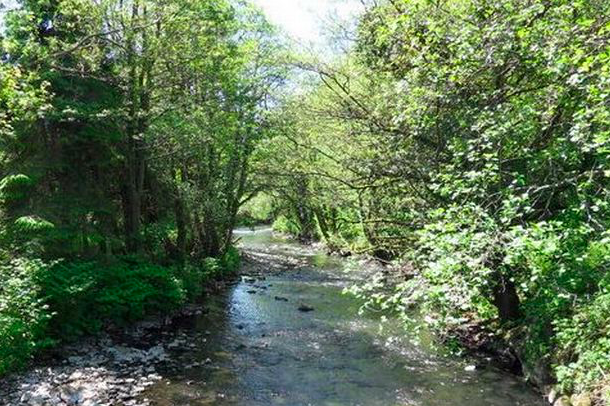 Aberkenfig is located just off the A 4063 road link to the M4 at Junction 36.  Many residents work in nearby Bridgend, or even Cardiff and Swansea due to the close links with the motorway. There is also a good transport link with the main line station in Bridgend nearby, and the branch line station at Tondu and Sarn giving fast access to Cardiff and to Maesteg.

Aberkenfig has a large and well utilised range of independent shops and other commercial activity, including good provision for restaurant and other food outlets, public houses, a café and a locally owned ironmongers/ garden centre of long standing.

In recent times, a War Memorial was placed at Aberkenfig Square by the Community Council in partnership with Bridgend  County Borough Council, and this centre of the village acts as a focus for many formal and informal community events, including Remembrance.  The local school children have produced commemorative mosaics alongside the Memorial to mark the centenary of the first world war.

There are a number of churches in the village, including St John’s Parish Church (Anglican), St Roberts Church (Roman Catholic),  an independent Bible Church, together with a Mosque in Dunraven Street. 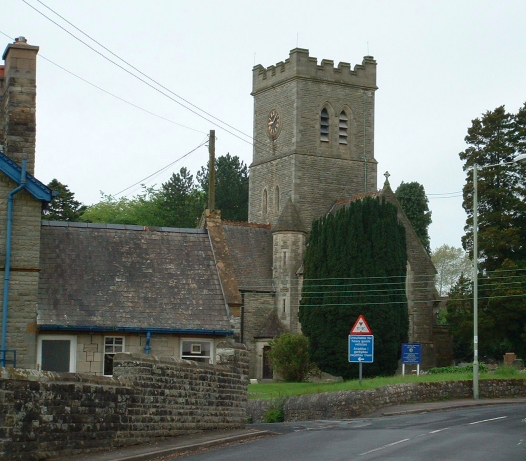 Pen-y-fai comprises a number of very old houses in the core village, with newer housing set around the community.

The village has a village shop providing local fresh produce and is also home to Smyrna Chapel and vestry, the oldest Independent Chapel in Wales.
All Saints’ Parish Church at the heart of the village is a highly decorative building originally built by and a legacy of the Llewellyn Family estate who owned much of the area in the previous century.
There is also one public house and a Church in Wales Primary School, also two nurseries. Pen-y-fai also has a children’s football club and many community activities take place on the community green known as 'The Pheasant Field'.
Just outside the village at Court Colman the Dog’s Trust national charity has their only re-homing centre situated in Wales.​
The former country house of the Llewellyn family at Court Colman has now become a Country House Hotel, boasting an award winning reputation for its Indian cuisine.​​
The population according to the 2011 Census was 2,447